Utility and Services in Fatehpur 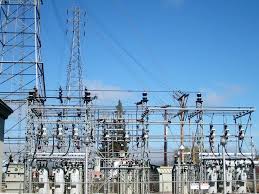 The people of Fatehpur relish various utilities services which in turn promote the standard of life of the citizens in the city. Many government and non-government agencies are responsible for these utilities offered to the public.

The Nagar Palika also gives information about the tenders, taxes like consumer tax and house water tax and employment details. Complains on various social or public issues can be registered at the Nagar Palika office. Apart from these the Nagar Palika is operated by the officials who are elected by the people of Fatehpur. The officials maintain and control the city through the tax the locals pay. The other maintenance the Nagar Palika takes care of is the city's sanitation, sewage clearance, street lights, market area, drainage, water supply etc.

The local self government is responsible for supplying water for residential and commercial purpose in the city. They in turn collect water taxes. The overhead water tanks in the city constructed at Police lines, Abu Nagar and Maswani also act as a source of water supply in Fatehpur. Apart from these the city has numerous ponds like Katcheri pond, PAC pond, Abu Nagar pond, Railway pond and MCD pond, lakes like Altamas Lake, Momin Lake and Al Muslim Lake and a river canal which runs through Harihar Ganj, Bhairampur, Fajjullapur and Baira Gadhiwa also act a prime water supply for the city.

The city also has a power grid corporation of India or the power grid which is an Uttar Pradesh state-owned electric utility. Through these power grids the power generated by Fatehpur power stations and power house are transmitted to its specified transmission network.

RTO stands for Regional Transport Office. It is an Indian government bureau agency that registers vehicles and also issues the driving license for the vehicle riders. Apart from Fatehpur city the villages and town surrounding Fatehpur that doesn’t own RTO office can also visit the RTO in Fatehpur city to get their vehicle registered and to get their license. The RTO office also checks for proper medical certificate, identify documents and address proof before issuing or registering a vehicle. Upon issuing driving licence for motor vehicles, light motor or heavy duty vehicles the licence issuing authorities test the driver’s ability to drive a vehicle by means of a test drive.

The Sarvodaya Jan Kalyan Samiti women hostel in Fatehpur is very useful for working women and students as they provide quality stay and food.

The India Motor Driving Training School in Fatehpur trains people for driving two wheeler or four wheeler and also helps in getting their licence from the RTO office.

The age-old postal department acts as a mediator in dispatching postages from and to the receiver and the sender. The city operates the postal head office and the court post office.

Here is the detailed list of property delaers in Fatehpur.

The Lalita gas agency in Fatehpur is recognised by the government of India to deliver LPG gas cylinders to the subscribed people of the agency.

There are offices of Dainik Jagran, Hindustan and Doaba Darshan in Fatehpur to update the locals with national, international and city's news.

The city operates numerous petrol pumps on prime localities. Here is the detailed list if petrol pumps in Fatehpur.

PAN is an important identity document issued by the income tax department of India to bring transparency in the financial transaction of the people. Here is the detailed list of PAN application centres in Fatehpur.