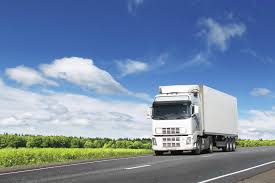 The very good roadways system of Fatehpur supports well the transport facility of the city. National Highway 2 or the Delhi to Kolkata road runs through the city. NH2 is one of the busiest routes in India which connects six Indian states, Delhi, Haryana, Bihar, Jharkhand and West Bengal, apart from Uttar Pradesh via Fatehpur. The total length of the highway is about 1465 km out of which it covers major length of nearly 752 km in Uttar Pradesh itself. Through this highway Fatehpur connects itself with 15 other districts in the state like Agra, Allahabad, Auraiya, Akbarpur, Bindki, Rooma, Mathura, Etawah, Panki, Kanpur, Varanasi, Jajmau, Khaga, Mughalsarai and Kaushambi. In Fatehpur city alone the highway runs for about 16 km in a 3 by-pass section. The over bridges built over NH2 in Fatehpur has considerably reduced the city traffic in recent times. The national highway 2 passing through the city serves as a major junction to reach cities like Allahabad, Banda, Kanpur and Raebareli.

State highway UP SH 13, UP 13A and UP SH 71 passes through the city connecting the adjacent cities and districts of Fatehpur.

The railway station in Fatehpur connects the city with all the major districts or cities in Uttar Pradesh and its adjacent states through efficient rail transport system. The Fatehpur railway station was opened in 1859 - its station code is FTP - and it got electrified in 1966 to 1967. The station is situated on the Mughalsarai-Kanpur railway line section of the Howrah-Delhi main line or the Howrah-Gaya Delhi line. In 1966 Subedarganj-Manoharganj-Athasarai-Kanspur Gugauli-Panki and Chandari loops got electrified. The station is owned by the Indian Railways and it is operating in the Northern Central Railway zone under the Allahabad division. Formerly the station belonged to the East Indian Railway company.

Fatehpur Railway Station is elevated at a height of 120 meters above sea level which is about 390 feet and has its coordinates at 25° 55' 02? North latitude and 80° 48' 05? East longitude. FTP has about 3 platforms and the few drawbacks of the station are it doesn’t have parking facility, bicycle facilities and baggage check facility. The main comfort of the station is that its non-AC retiring room which is double bedded.

The East Indian Railway Company at first took effort to start a railway line between Delhi to Howrah through Fatehpur in the middle of nineteenth century. The first train between Allahabad and Kanpur through this line ran in 1859 and between Kanpur and Etawah ran on 1860. The first direct train between Howrah and Delhi ran in 1864 at that time when train coaches crossed River Yamuna through boats. After the completion of Old Naini Bridge across River Yamuna trains coaches started passing through the tracks across Yamuna in 1966 to 1967.

Many bus stops or bus stations function in Fatehpur which operate government and private buses for locals and inter-district or inter-state travel for the locals in the city.

The city has many car rental agencies which offer rental cars with a quality driver for travel and tour purpose.

The Transporters in Fatehpur aid its customers to shift their logistics from one location to another. Here is the detailed list of transporters operating in Fatehpur.